Help protect your river rights.  Let us know if you have gone on this trip.

Most of the year except for the wettest months between December and March, the Salinas River doesn't flow to the ocean. Instead, it forms a large lagoon that is part of the Salinas River Wildlife Refuge. The lagoon is about a mile long from the ocean to the beginning of the refuge boundary. You can also continue up river to make a longer loop.

During the fall and winter the refuge is open for duck hunting, making floating on the lagoon less fun. If the river mouth is open to the ocean, the lagoon can be dangerous to boaters.

Park at the Salinas River Wildlife Refuge, and turn right as you pass through the gate. Where the trail meets the river are several use trails that serve as steep launches. 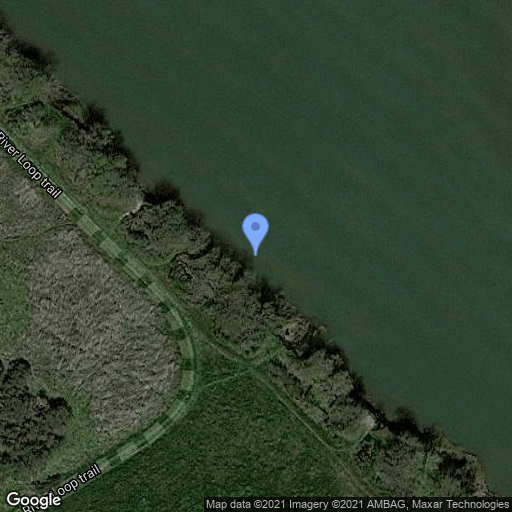